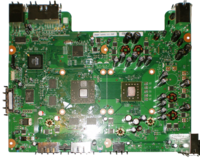 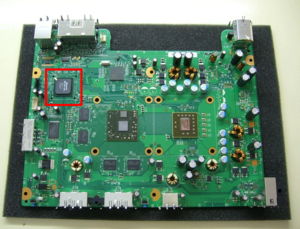 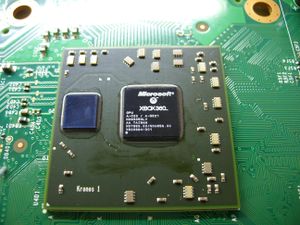 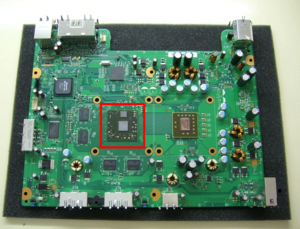 The SMC activity and Checkstop LEDs normally present on XDKs can be added to retail Jasper boards by adding the following parts:[1] 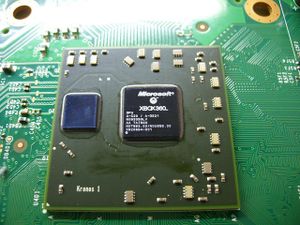 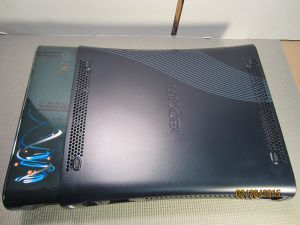 Features the a white retail case, 1GB of RAM and inverted blue ring of light.

These prototypes kits featured a sidecar with the new redesigned XNA shell (Gen2 shell). It was a deep blue colored plastic (appears black in some lights) with no XNA branding and featured a early revision of the Gigabit Ethernet board inside, with orange standby leds.

The Ring of Light board in these JADK EV2 prototypes as well as the ver3 is inverted featuring red and blue LEDs. Same as the JADK EV2 prototype but with a blue chrome XNA branded sidecar shell. GbE is a later rev, with no orange standby.